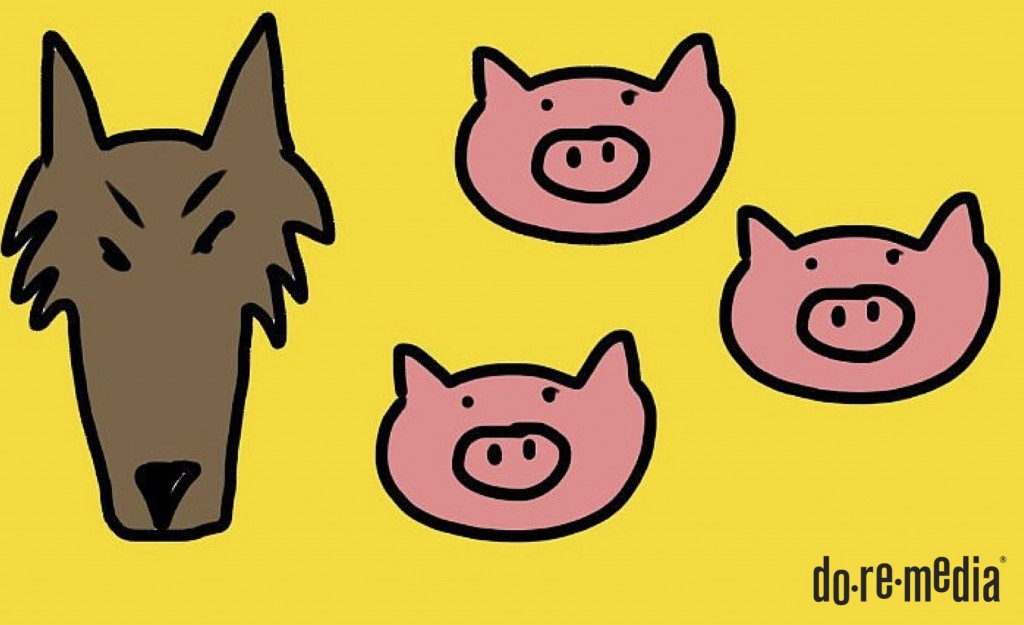 The big bad wolf tried to huff and puff and blow the house down, but he could not. He kept trying for hours but the house was very strong and the little pigs were safe inside. He tried to enter through the chimney but the third little pig boiled a big pot of analytic insights and kept it below the chimney. The wolf fell into it and died, just as the data had predicted.

The two little pigs now felt sorry for having been so lazy. They too built their business brands online with strong websites and blogs and lived happily ever after.

Keep Up to Date

© 2017 Do Re Media Australia Pty Ltd. All rights reserved.